Skip to content
Digital Twin: an Old Concept, But a New Trend

Digital Twin, an Old Concept, But a New Trend 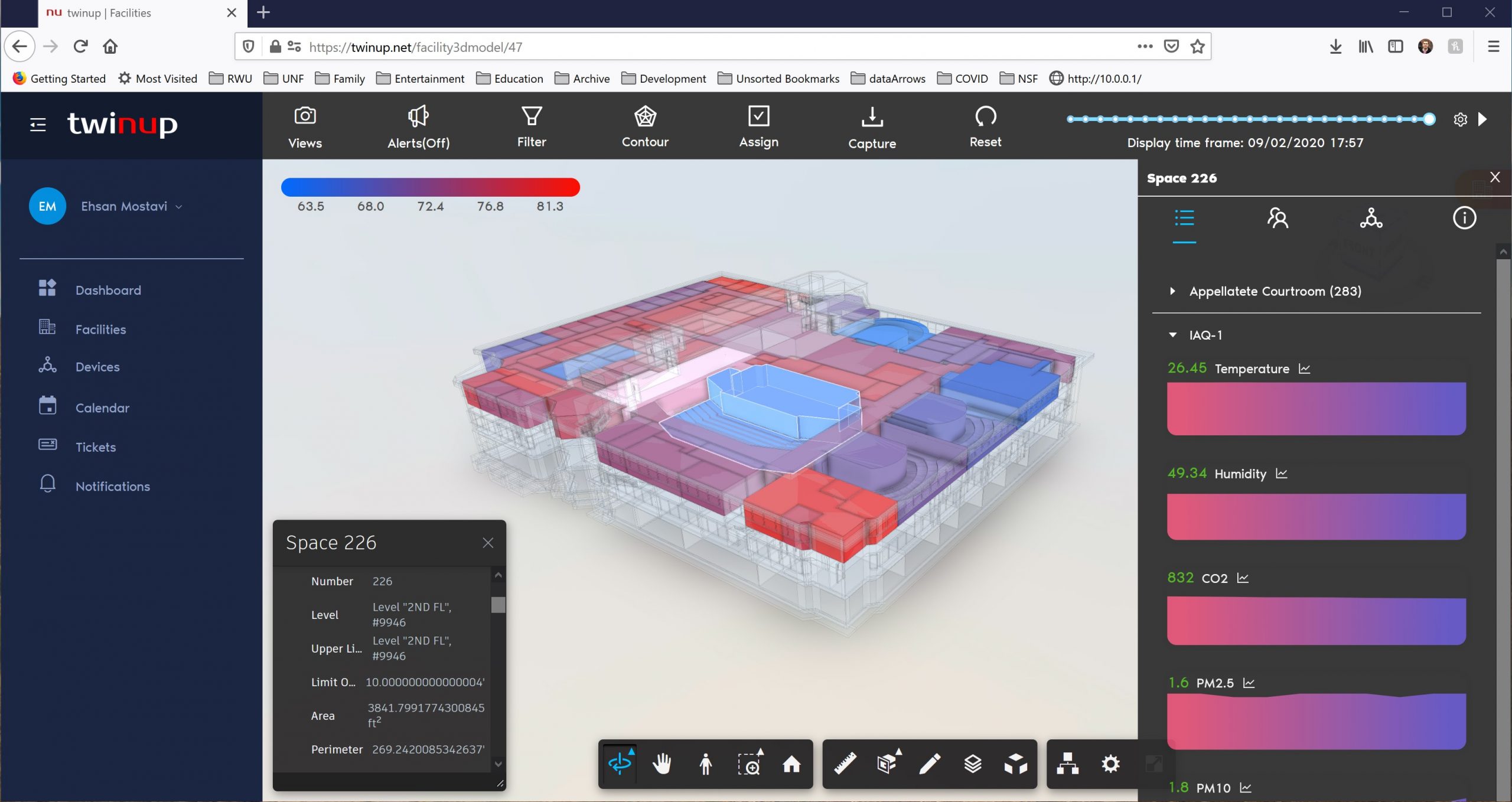 The term “digital twin” was allegedly used for the first time in early 2000 and was defined as a digital replica of an entity. Digital twins are made for various applications. Common examples are geometry modeling, like 3D modeling of a building; simulating complex systems, such as the energy model of a building; and monitoring the attributes of an entity, such as indoor air quality. In a more accurate definition, digital twin is a virtual representation of a physical system in which the characteristics, environment, real-time status, and historic information of the system is captured.

A digital twin addresses single or multiple aspects of an entity, with the complexity and level of details varying with the application. Its simple form is found in almost all aspects of our lives and illustrates a single attribute of an object, such as a battery indicator or a wireless thermometer. Its more complex forms monitor or control several attributes or systems at once, like car dashboards that monitor speed and tire pressure, while also providing predictions like estimated arrival time at a destination and alerting the driver to potential problems.

The history of the digital twin concept goes back to the early years of digital technology in the mid-20th century when computer models were created to simulate complex systems. A novel early-age example was the application of this concept in Apollo 13 in the 1950s to simulate scenarios of failure. Leveraging electronic instruments to monitor the critical attributes of systems is another use of the digital twin concept that has been used continuously since the early stages of the technology. In the beginning, this application was limited only to scientific and industrial projects, but it is now widely leveraged in consumer products.

Recent advancements in the Internet of Things (IoT) technology have revolutionized the way we access data. Ease of accessibility, along with the significant drop in the cost of hardware and computation powers, has accelerated the adoption of this technology during the past decade, and advancements have enabled the creation of novel digital twins that address multiple aspects of a system and its components. The manufacturing, aerospace, and building industries are examples of sectors that are pioneers in leveraging this technology.

The building industry has benefited from the digital twin concept almost from its beginning. Examples are Computer-Aided Design (CAD) for 2D and 3D modeling of buildings that started in the 1960s, and computer-based analytical modeling of structures that began in the 1970s. Since then, most of the applications of digital twins in buildings have been single-purpose, for modeling geometries and mechanical and electrical systems and simulating building systems for behavior predictions. During the past two decades, Building Information Modeling (BIM) has been increasingly adopted in the industry as a solution to the industry’s need for an integrated management system for static building information such as design, construction, and as-built data. Although BIM has several applications for the post-construction stage, they are still in their infancy due to the lack of integrity between BIM and the technologies used during the operation of facilities. Nonetheless, recent advancements in the digital twin technology have made it possible to connect static information from BIM with dynamic operation data.

Recent developments in IoT technology and Artificial Intelligence (AI) have created immense opportunities for the implementation of novel digital twins in the building industry. IoT has made collecting building operation data more convenient and cost effective. Highly accessible real-time data has opened many doors to optimizing the operation of building systems for high efficiency and safety and lowering operation and maintenance costs. However, new technologies need to be developed to facilitate the execution of digital twins in various use cases.

TWINUP, developed by dataArrows, is an example of a tool that serve the operation stage of buildings. It integrates BIM with IoT to create a data lake that is essential for monitoring and optimizing the use of any system that relies on static building information and dynamic operation data. Many multi-industry and interdisciplinary initiatives, such as the Digital Twin Consortium, are working on paving the road to easy and cost-effective implementation of interoperable digital twins. The next decade will be an exciting period for digital twins in the building industry, as several technologies are coming together to model and monitor buildings, and to predict and autonomously operate them.